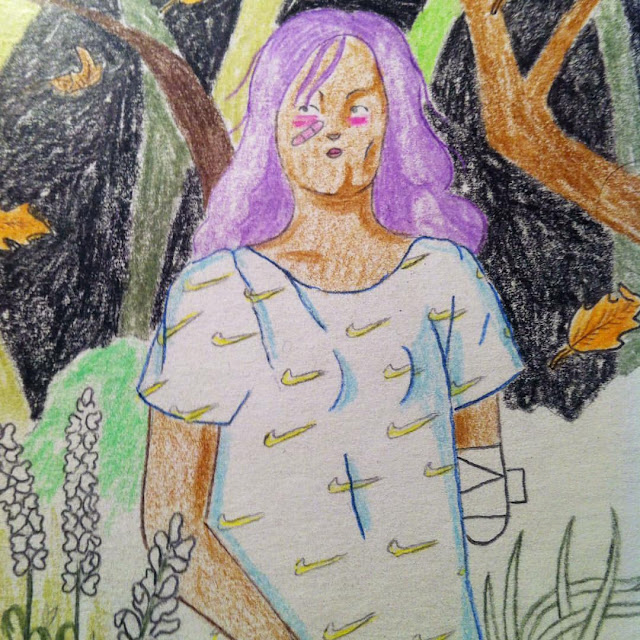 Corporate logos appear throughout No Visitors. How do you feel about medical care being used as a venue for advertisement?


i grew up going to the ronald mcdonald house for sick kids, at some point when i was older i realised the conflict of interest there. Being a corporation that by many accounts does nothing to aid society and a lot to fuck it over for it's own interests... we're the band aids, sick kids are used to make these super powers seem socially responsible. I Was A Disabled Child Mascot For Ronald McDonald.


it's a necessity for hospitals to accept corporate funding & collaborate with major conglomerates because we as a society have decided to say yes to governmental policy that believes there should be a limit to the funding afforded to medical industries and venues. i'm disgusted by the need for any charity at all. tax Mayor McCheese & free the sick.


Is drawing over medical paperwork an act of vandalism, an artistic gesture, or just the utilization of available resources?


i guess it's like reclamation. forcing these little sterile documents that archive the maintenance of my rotting body to acknowledge me, who i am. cheesy i kno. also tho sometimes ur just bored waiting for a test or operation so u just start drawing on forms u find and shit. sometimes u gotta sit around waiting for up to four or five hours to get x-rays etc. and because of insurance reasons u can't leave the bed they have u in sitting in some fucking dank hallway with some orderly watching u so u borrow a pen and draw on whatevers around. 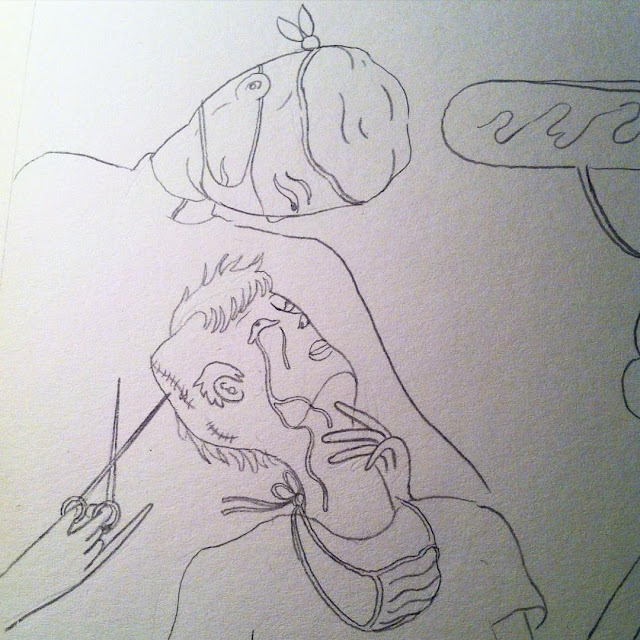 In No Visitors and your work on Werewolf Jones and Sons their is a strong dislike exhibited towards institutions, but while Werewolf Jones is able trash the principal's office after he questions his ability to parent, Little seem unable to perform a similar act of catharsis when it comes to the hospital.  How do you think these institutions play into these responses?


lol strong dislike of institutions is my brand, my social worker says i have an oppositional defensive attitude towards all forms of authority.


Little doesn't have the same options as WWJ, if Little alienates the hospital staff too much or committed aggressive acts towards his "carers" he would receive substandard care, in the least, or worse be banned from the hospital altogether and it wouldn't stop there, wherever he went after that he would be marked as a violent, aggressive patient. also WWJ acts almost entirely on impulse and doesn't give a fuck about jaxxon & diesel's formal education. i exposed my drip and spit at a gang of fucks who were gonna beat me up when i was out for a walk near my hospital like 9 years ago (lol my hospital is in a bad neighbourhood) which is where that came from. it really worked lol.


There's a greater focus on storytelling in No Visitors #2 compared to your earlier work, has your thoughts on writing comics changed?


i started trying to really talk about my life in a simple, non fantasy manner. i wanted to build something, see myself changed or change things about my life that i can't go back and change. show people how painful, rare & sometimes beautiful life with a chronic illness is. No Visitors #1 is basically just scraps and shorts that were all a part of the lead up to developing Little & his lifestyle, in fact i don't really consider the series properly starting until No Visitors 2. i've been working up to this for years, now i've arrived and i feel so much myself. i feel like i'm really making the work i'm supposed to have always made in a weird way. lol destiny. 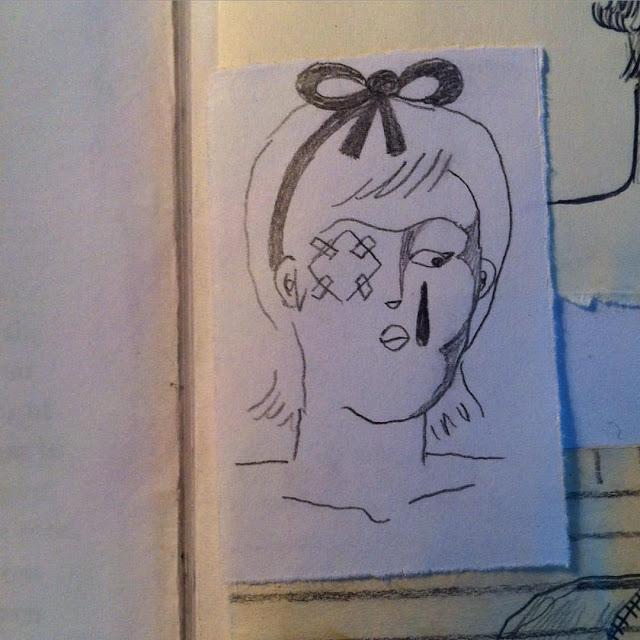 Is bluntness important to you?


extremely. tell a good story in an easy way is what i try and stay true to whenever i write.


Who are your top three cartoonists who have also leaked their own nudes?


Charles Burns for his pioneering use of baby oil, Dan Clowes for his commitment to #nofilter nudes only & of course who could forget Johnny "The Mole Rat" Ryan for his immaculately hairless body hiding underneath all that flannel.

You can purchase No Visitors along with other work by HTML Flowers here.