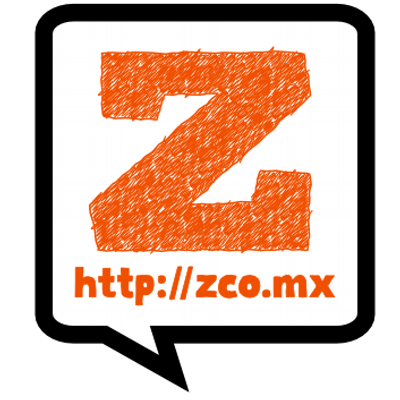 Steve Blatchford is the co-founder of zco.mx. A comics sharing site focused on alt-comics.

What led you to starting zco.mx?


I gave a long-winded answer to a similar question in an interview with Bleeding Cool . But in that interview I should have also mentioned a few other things that inspired the project:


I've read all of Roger Langridge's over the years, and there have been two or three that really stuck with me. Specifically, he talks about being grateful for the commercial work he's received, but also describes a feeling of frustration around his own work not being able to support him in the same way.


There was an Australian comics podcast called NonCanonical that ran for many years. One of the hosts, Joe Morris, got me into local Aussie cartoonists as well as Zack Soto's site Study Group. Zack's site had a huge impact on wanting to build a similar site.


I've listened to a number of interviews with Annie Koyama as well, and her proactive, down-to-earth attitude has definitely had a positive effect on me.


After a couple of months of working on the site, I also read an interview with Bill Watterson, and one of his answers was particularly motivating at the time. It was in an interview he did with Jenny Robb of the Billy Ireland Cartoon Library, where he wrote:


“Anyone can publish now, and there are no restrictions of taste, approach, or subject matter. The gatekeepers are gone, so the prospect for new and different voices is exciting. Or at least it will be if anyone reads them. And it will be even more exciting if anyone pays for them. It's hard to charge admission without a gate.”


I've seen a lot of criticism of Tumblr popping up recently from cartoonists, particularly over the lack of context Tumblr’s interface provides their work. zco.mx is very stripped down compared to other websites. Almost isolating-ly so. How intentional was this design choice?


Since the project is not-for-profit, we don't have to balance profitability with the design -- things like branding (eg., large logo, top left corner), placement of ads, etc. We decided to try and keep things simple and really let the comics take the center stage, along with any information about the cartoonists and their books.


We showed an early version of the site to Bill Kartalopoulos, and he urged us to try and include proper book metadata on the site. We knew we'd need to include an indicia page for that, and the only nice spot for it to go was at the very end of each book. We decided to use the extra space to remind readers that they can give money to the cartoonist and link back to the cartoonist’s site to buy a physical copy of the book.


The design on that page might actually need more work -- we’re hoping it’s not overbearing for readers. It's difficult to know what needs to be changed or to gauge success at this point because there just aren't enough readers yet.


You allow the individual reader to choose if they want to read the comics on your site horizontally, but also as a single vertical scroll. Both of these modes, at least for me, change the way I read and view a comic. Was it important to you to implement both of these ways of reading?


The default is set by the cartoonists, so if you open a comic and it's set to scroll, that's how they intended it to be read. That said, it was important to give readers a choice. Some readers prefer one style of navigation over another. In general, up until recently, page-by-page style navigation online has been very clunky. For readers who prefer this type of navigation, we tried really hard to make it as smooth as the scrolling style. One feature of the slider we implemented (which isn't obvious) is that you can use the left/right arrow keys to turn the page.


How does zco.mx go about acquiring work, and, as a non-profit, do you pay your contributors?


Most of the time needed to create the site has been donated. We list our expenses on the site. When/if we have a surplus of money, we'd poll the cartoonists about how they would want it to be spent.


Just scrolling through the list of cartoonists I find myself being unaware of probably a third of them. Which is really impressive to me. Since zco.mx is curated by you and Jim Karsten, I wonder how you go about finding work.


Curation has been done by many people, knowingly and unknowingly. I think most people would agree that all cartoonists are underappreciated, but I asked Jordan Crane and Marc Bell who they felt were under-underappreciated, and they each gave me a list. They also contacted quite a few cartoonists themselves.


David from kuš! put me in touch with many European cartoonists. He's been very supportive of the project. Also, the blog posts that you, Alex Hoffman, Zainab Akhar and Andy Oliver publish do have a big impact, and Tom's OTBP on Comics Reporter posts always get a look. Podcasts like Inkstuds, Comics for Grownups, Comic Books Are Burning In Hell, and Make It Then Tell Everybody are really important. I also ask the cartoonists themselves who they feel should be on the site.


Webcomics as a means of distribution has had varying levels of support from artists and publishers, as someone running a site dedicated to sharing comics on the web, what do you view as the particular benefits of the web as a distribution center compared to print, especially in the realm of small press comics.


I think both web and print are part of the same ecosystem. Some readers are only going to read work via one of these distribution methods, while others are going to be active in one or more -- Tumblr, curated sites (e.g., Study Group/zco.mx), cartoonists’ websites, self-published comics and platforms (including Kickstarter), micro-presses and small publishers (e.g., Fantagraphics, D&Q, Koyama, etc.).


The web is a great place for readers to become familiar with a cartoonist’s work. From a distribution point of view, it's also practically free and has the potential to reach billions of people. I think the past four or five years have shown us that higher demand for a work digitally means higher demand for it on paper as well.


zco.mx seems to function as an advocate of open sourcing. You both allow for the torrenting of all the work you publish, but also facilitate artists in the creation of creative commons contracts for their work. How  much do you see this freedom to share as an integral part of the internet as a platform, and what do you see as its role in the current state of art (and comics)?


Creative Commons (CC) licences are great in that they are a patch over a seriously broken copyright system. Cartoonists no longer have to take the time to grant people the same permissions over and over. All the CC licences allow people to distribute work as long as the creator's name is attached to it. A summary of these licences can be found here.


Open-source software (OSS) has taught me a lot, not just with programming but its philosophy as well. Everyone can share and work on a project and then compete in how they use the software. One example is web servers. The vast majority of the Internet runs on either Apache or Nginx, both OSS. Hundreds of people, some from competing corporations, work together to make sure these two pieces of software are bug-free and secure. How we all use these web servers is where we can compete.


I think small presses and self-publishing cartoonists could follow in these footsteps -- present the work clearly and together to prospective readers and differentiate themselves through style, content and printing (e.g., riso vs litho, silk screen vs laser, paper grade, size, etc.).
Posted by Shawn Starr at 11:08 PM