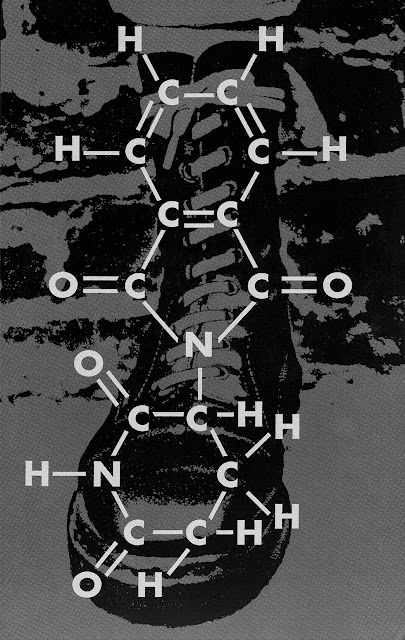 - Ripping off Random Thoughts this week.

- That Catwoman cover reminds me of that one time when all those comic artists didn’t know how to draw.

- That cover is especially heinous because Guilem March draws pornography on the side, which requires a certain understanding of proportionality and the ability to draw an attractively posed female, none of which were on display on that cover.

- Secret Invasion is the worst event comic of all time; it’s baffling that it ever saw print. There is literally a scene in the first issue where Ares says that the Skrulls in the Savage Lands are meant as a distraction and they should leave. Four issues later, and they finally say fuck it and leave to go punch the space armada away. I just don't get it.

- Top three comics of the year (so far): Incinerator, Lincoln Washington, Prophet. All three are perfect representations of their authors artistic vision and redefine their respective genres while still existing within there confines.

- Superman: Truth Justice and the American Way (along with Alex Ross’s body of work) illustrates the major problem with fanboy critiques; the book simply dismisses and mocks the idea of The Authority without properly countering it intellectually or showing why its way is better. All Star Superman was a twelve issue rebuke, Superman #775 was twenty two pages of incessant whining. It's a creative and ideological failures, instead of showing why their way is better, they recap past moments of “glory” and expect nostalgia to win the day. Nostalgia is a bitch though, and not to be relied on.

- The best comic podcast is now Comic Books Are Burning in Hell. Sorry, repeats of old Splash Page episodes, but your reign had to come to an end sometime.

- Favorite line of the week: “I learned in cases such as these that ejaculation was the legal point of no return” – Bret Easton Ellis, Lunar Park

- Girls ended its first season perfectly. Understated, yet poignant and devoid of cliche.

- Something amazing happened on Johnny Ryan’s Twitter feed this week.

- Note to retailers, if your shop is full of flies and does not feature a spectacular back issue bin, don’t expect my return.

- What I’ve been listening to: Sage Francis – Got Up This Morning and Eyedea & Abilities – Smile

- Prometheus represents the first major conflict of film’s auteur theory (director centered) and television’s show runner/writer. Aaron Sorkin may have been the first to cross over, but he’s white-bread. Inoffensive. Lost resulted in a giant bag of pissed off snakes when it ended, so what you get is one of the biggest directors of all time, returning to one of the biggest sci-fi franchises,written by the screenwriter of one of the biggest shows of all time, and no one knows who to assign credit and blame to. Five years ago, no one would have mentioned the writer (except in the case of Charlie Kaufman), but with the progression of TV and its spillover, in this case, the writer is taking center stage in the discussion.

- This week in Amazon orders: Joe Sacco’s Journalism and Josh Simmons The Furry Trap. There may be a theme to be found, but I’m just not sure what it is.

- Watched Lost Boys for the first time. What a goddamn weird ass movie.

- Just started reading Lunar Park after finishing Imperial Bedroom last week. I’ve been on a big Bret Easton Ellis kick for the past two months, following Chad Nevett and Joey Allusio’s recommendations. Imperial Bedroom was billed as a sequel to Less Than Zero, but it’s more so a culmination of Ellis’s entire body of work, interweaving themes and techniques from his previous novels into one single thought.

- One of the best Horror documentaries ever made is Never Sleep Again, a 4 hour long retrospective of the Nightmare on Elm Street franchise. It’s fascinating both if you’re a fan of the franchise or simply interested in how a indie horror film about dreams captured the cultural zeitgeist.

- The Comics Journal reprinted an old Alan Moore interview just in time for the release of Scab: The Book.

- Although, that interview paled in comparison to the Michel Fiffe three part Tony Salmons interview over at The Factual Opinion, which can only be described as a Groth-ian.

- Morrison was honored by the queen. Between that, Rags Morales, and Matt Seneca’s All Star Superman review, dude’s had a tough year.

- Judd Apatow’s involvement in Girls is a perfect thematic progression in the context of his television work. Freaks and Geeks, Undeclared and now Girls center around the struggle to find ones identity between major life changes (high school, college, and post-college) and the changes that entails.

- I remember growing up and Hellraiser being one of the few movies my parents barred me from watching. I re-watched it a few days ago and can see why, although I’m fairly certain they thought it was just too scary for a twelve year old, and not because the film is a dissection of fetishism and power play. The films popularity is really unsettling.

- I’d like to thank everyone for spoiling League of Extraordinary Gentleman: Centuries 2009 for me two weeks before its release. Really appreciate that.

- If the new Aesop Rock single is anything to go by, his new album is going to be ridiculous.

- I tend to dump title ideas in a word document and use them when applicable. Here is one that won’t be applicable for a while: “I just want to be inside you, like up in your vagina with my dick. Exploring that moist cavern like Captain Nemo and The Nautilus. And then, after due diligence (like 3 minutes?) inseminating your pussy with my sea-men. AKA DON’T STOP BELIEVING “

- I don't think my editors ever read my submissions. It would explain a lot. (Although this "though" being cut out of the original post may contradict this point)

- I’m tempted to try and read the entirety of The Death of Superman, although I’m hesitant to open my collectors edition poly-bag.

- Did you guys read Rick Vance’s review of MW in last week’s column? Every time we get a new contributor they make me look like a punk ass bitch. God damn them.
Posted by Shawn Starr at 1:34 AM