Jump Off The Roof 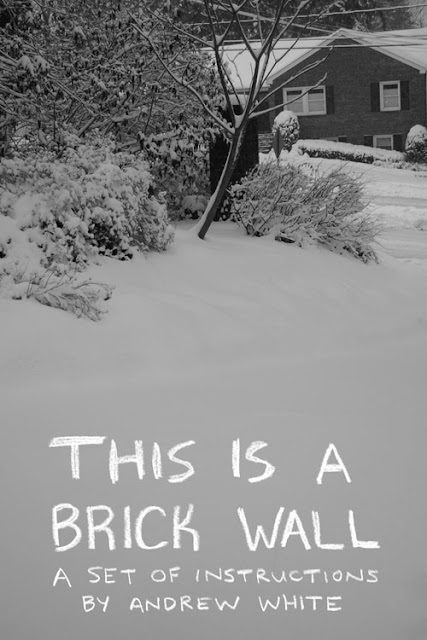 This Is A Brick Wall
Andrew White


Before you open up This Is A Brick Wall there are two possible ways of reading it. One with a pencil in your hand and the intention of following the instructions given to a tee. The other minus the pencil and simply a want to read this mini-comic as its own thing. While both choices are valid it should be noted that once you make one of these choices the other option is gone for ever. At least in its purest form of expression. Even if you reread it again without the other choice in mind the feeling of immediacy the instructions impart on you has lost some indescribably amount of meaning.


You are no longer simply following directions on blind faith, you know where those directions lead. And however small a change that sounds it is monumental when experienced.


Either way the choice is yours.

I hope it's as rewarding as mine.