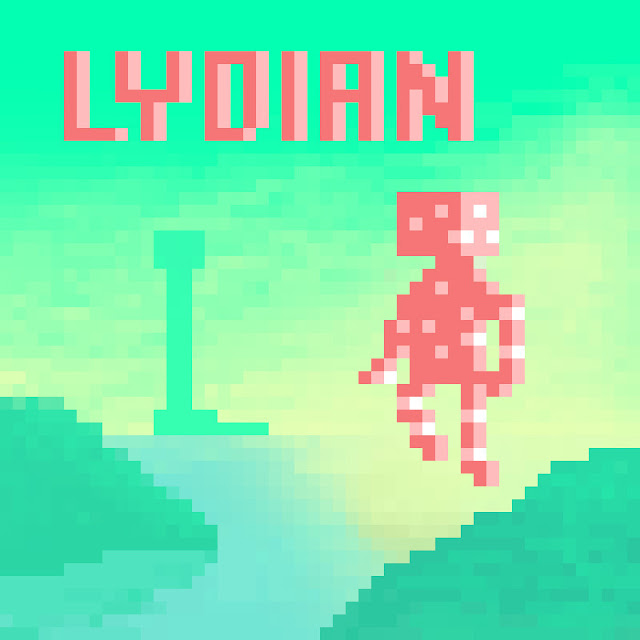 
Created on a jacked up version of MS Paint that limits the number of colors to something that would probably cause most digital colorist to crawl up into the fetal position, Alden created the most interestingly colored comic since Dash Shaw’s New School. 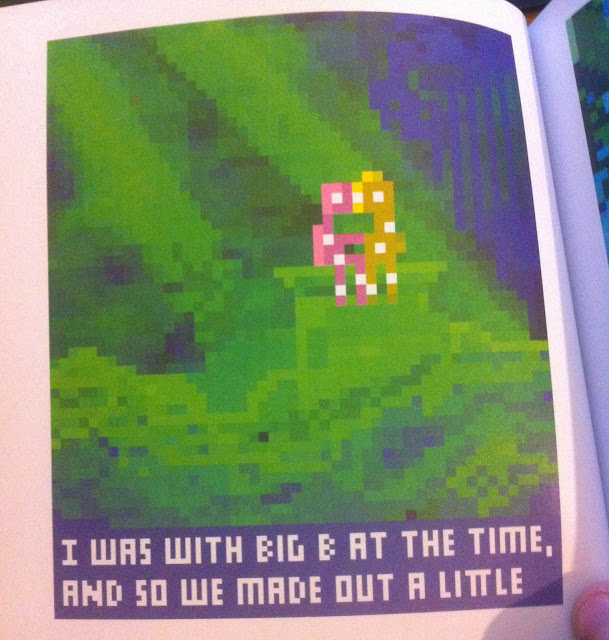 There are no lines in this comic. Only square pixels. This places the entire burden of the pages readability on the shifting of color from one pixel to the next. The foreground is solely distinguishable from the background by the change in color between them. Because of this, Alden chooses to depict his narratives characters in brighter colors and his backgrounds in slightly darker ones.


Alden’s shifting from foreground to background creates an almost impressionistic aspect to the images in Lydian. As the eye attempts to focus on small clusters of color to discern what is happening in the image, you are left with just an eyeful of nonsense. It isn’t until you refocus and take the image in as a whole that you can see what is happening. An optical illusion that takes almost the entirety of the book for your eye to learn. 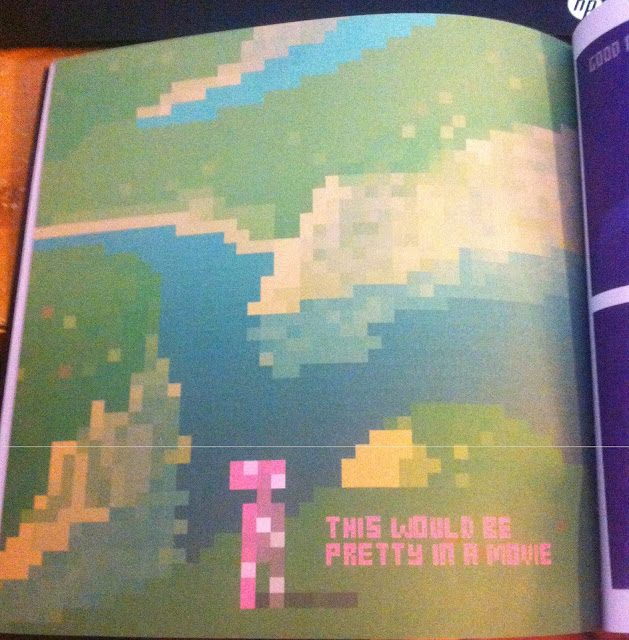 This effect is best illustrated by a page towards the end of the book. Lydian (the narratives main character) sits on top of a mountain and looks out at the view, the caption next to her reads “this would be pretty in a movie”. Because of the caption you are forced to keep looking at various aspects of the image waiting to see what Lydian sees, until, eventually, you just settle into the image and are overcome by it. Of course It would look pretty in a movie, but it probably looks prettier here. 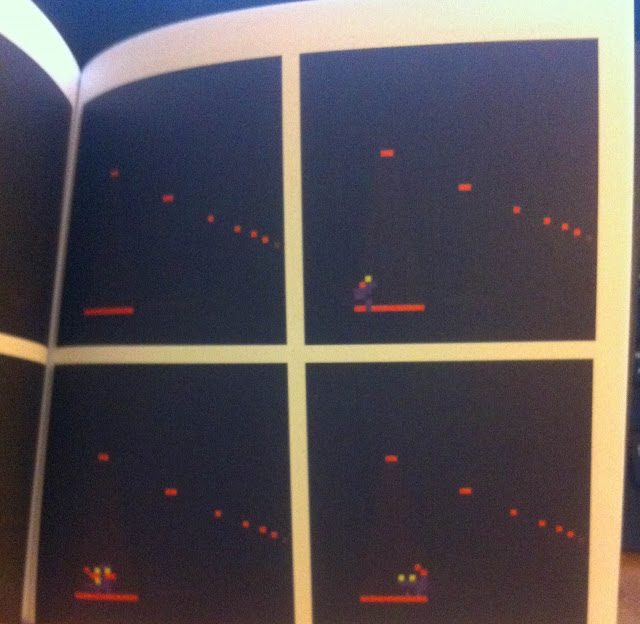 The ability to read 2-D images as 3-D is a well established artistic trick. In Lydian though Alden, by intentionally limiting himself to such a small amount of colors, in addition to the pixels inherent blockiness, is forced to rely heavily on the readers learned reading abilities from 8 & 16-bit gaming. The narrative largely exists as a pastiche of these early video games, a group of light shooting characters is attacking another group of light shooting characters*. This, if not consciously, then subconsciously puts the reader in a place of basic understanding and gives them a starting point in how to read the work.


*While Alden is using the general trope of Atari-era games, like all good genre work, it is merely window dressing for his story and characters.