Roll at the Rink 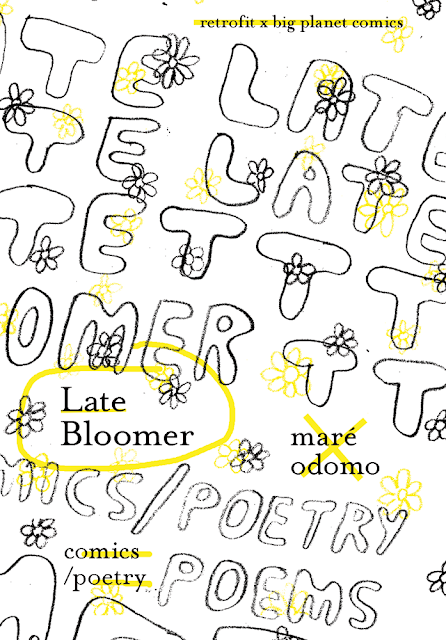 Late Bloomers is a comic of smudges, false starts and moments of clarity.

The art flexes and reflexes. Its sole purpose seems to be to breathe in the absence of words. Thoughts, written and existing outside of the artwork are to weak for Odomo to allow to exist. Poems about insecurity perform self constructed suicides, crossing out the letters that make up their very existence before subjecting themselves to the readers eyes. The only words that are meant for the reader seem to be those that become infused into the artwork itself. Their importance to the composition precludes them from eraser. They bubble to the surface of the page, congregating between each other to create phrases and even, sometimes, sentences. If they are erased the page dies with them, and as the pages mount, the book itself. 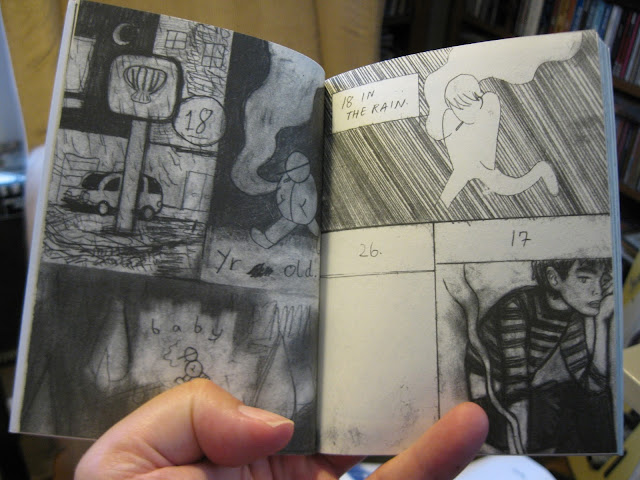 By constantly self-sabotaging the narrative thrust of Late Bloomers you begin to sense a nervousness. A story of maturity that never seems to coalesce, let it be acknowledged as such. Odomo draws himself into the narrative at various ages, but it is only his past self that we are allowed to view in any detail. His identity is solidified in a pre-self, not a present, which is only ever depicted hidden under a baseball cap or in the expressionless outline of a figure viewed from a distance. 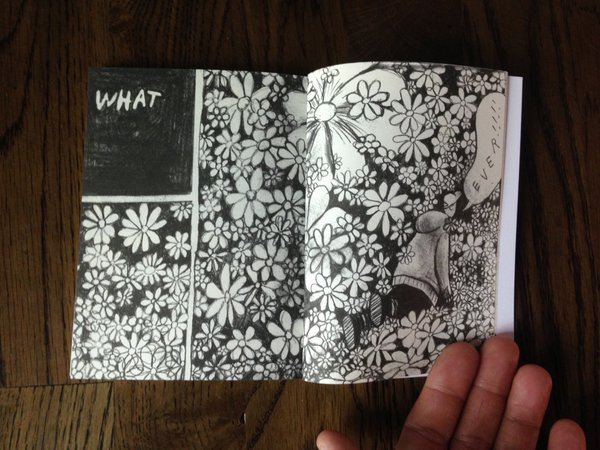 As the book moves past the halfway point flowers begin to bloom.


The narrative shifts from short memories of youth to pages filled with drawings of pigeons in the park. The pages are presented as photos from a sketchbook, rather than straight scans, creating a strange undercutting of artistic intimacy. To peek into an artist's sketchbook is to peek into their mind, so when you are given a unrequited look into the sketchbook of Odomo one expects a greater level of artistic intimacy, but while the rest of the book exists in a murky sense of indirectness, these sketchbook pages are straightforward in their actions. The maddening part though is that this level of closeness is given over to a section about pigeons and not any other aspect of Odomo’s.

The last words written in Late Bloomer is “Don’t Wanna Talk Abou It.... What...Ever!!!!” as a figure walks into a field of flowers and out of the reader's intrusive gaze. A photo of a notebook page with the numbers 27 scrawled across it follows these words, then a drawing of a cat becoming startled as the reader looks upon its face. Or maybe as it looks upon the reader. 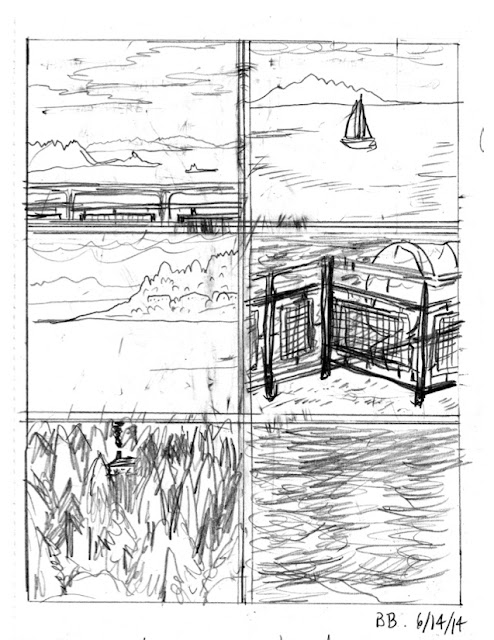 You can purchase Late Bloomers from Retrofit Comics.
Posted by Shawn Starr at 3:36 PM