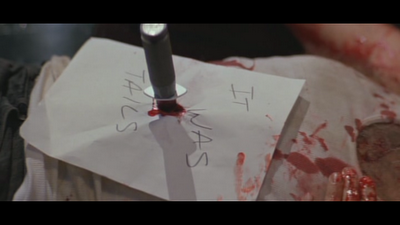 Comics criticism has always been a particularly weak field, it's a subset of a subset of a genre which at best has 300,000 active readers. Its crafted in large part by hobbyists and a few professionals, who quickly realize how terrible everything is and leave. So much of it is little more than forum posts about who could win a fight between Batman and Popeye. Published* criticism doesn't even have to be strong, well researched, or even critical to see publication, it just has to exist, and fall within the sites narrative constraints. The big sites have to prop up the mainstream, the little sites have to prop up the indies, etc.

That's all, 500 words by Tuesday, please and thank you.

It tends not to be blunt; the bias has to have some deniability. So Comics Alliance will talk up a Ben Marra book, or iFanboy will pimp some Image [insert failed movie pitch] book. But those posts are one in every hundred, blips on the screen of commercial entities.

Every once in a while, through all that fog, a review that encapsulates the sites pure intentions will slip, and this week we got James Hunt's review of AVX:VS#1. Pure unadulterated PR.

The biggest problem i have with this review is that it's criticism by pass/fail. Something a student does to save their GPA after they spent the semester "dabbling" in cocaine. It happens, you need some way to convince your students parents that they aren't throwing ten grand down the hole each year, but allowing it to reap its ugly head in criticism is so insulting i can't even fathom how it saw publication. Publication I may add, by the most trafficked site on the medium.

On this point alone, the review should be shamed, scorned, and its writer should apologize for even thinking writing it, along with its editor for not calling bull shit. I can only conceive that this review was a elaborate joke, but everything I've scene under the tenor of the new editor leads me to believe this is a serious review.

Have you noticed how every review on CBR is super positive? Well except if it's a book written by Rich Johnson (comics journalistic whipping boy of choice, i mean why try and break a story when DC will send you a letter with it already written out for you in nice blurbs*). All under the tenor of CBR's new editor in charge of PR, oh sorry i mean reviews. Slip of the tongue. Really, completely accidental, otherwise that would be some charge. Merely a slip.Only a slip. A slip...Theirs certainly no ulterior reason why 15 of the 17 titles reviewed last week (April 18h) received positive (3 stars or above) reviews. It was just an AMAZING week for comics. Along with almost every week of his tenor. Man its a regular comics renaissance as of late over at CBR.

Hunts opens his review by saying "the book is practically review-proof. Either you want to see it or you don't. The question is, if you are buying it, does it deliver on its promise? " How can a serious critic even begin to call a book review proof? This isn't a Ditko 'Randian' fantasy, their is no white, their is no black, their is only grey, and that's the job of the critic. To sort out the grey, provide context, a critical evaluation; framing your review as a flip of the coin, good or bad, five stars or zero, is not criticism, it's what a four year old does when you ask them if they prefer chocolate or vanilla ice cream.

Ignoring the inherent problem with having two, completely, separate fights take place under the guise of one narrative, our reviewer tries to distance the work from the critique of "decompression" not by discussing its relevance to the greater plot, or how much emotional impact these fights entail, coloring the characters future motivations. You know explaining why its not decompression, nope. Hunt merely mentions and then immediately dismisses the thought. Oddly enough, no one bought that tacit when Newsarama said their was no "controversy" around that scab of a book i don't feel like mentioning, and no one should buy the idea that having people punch for ten pages is anything but decompression. It may be nifty looking, but its not a story.

"If you like that idea, then you're going to love this book. If you think it sounds stupid, then 5-star rating or not, you can comfortably skip it" I'm not sure how ratings go, but 5/5 seems to be near perfection. How then, can a book that reaches this milestone be "skipable"even if the idea sounds dumb. Here's a list of some of the other works which have been granted a five star rating: Demo, Daytripper, Optic Nerve, The Playwright, Paying For It, Scalped. Doesn't seem like a list I'd describe the same way.

And then there's this:

"You could question what this contributes to the crossover in a wider sense and the answer is simple: nothing of any importance. Maybe it helps with the sense of scale and it arguably frees up the parent series for more plot, but don't think you're going to find any story nuggets tucked away in these pages. It's completely brainless -- attention has been paid to character, motivation and dialogue -- but the real joy is in seeing the characters deploy their powers in interesting ways, on an unusual stage, without any interruption"

I can explain until I'm blue in the face why this is wrong, but I think ill take a page out of our reviewers playbook and simply call him a cunt. And if you think he's not, your wrong, why? Because I said so, and that's all the criticism you need. Because i write for CBR.

wait no, heads was five stars...