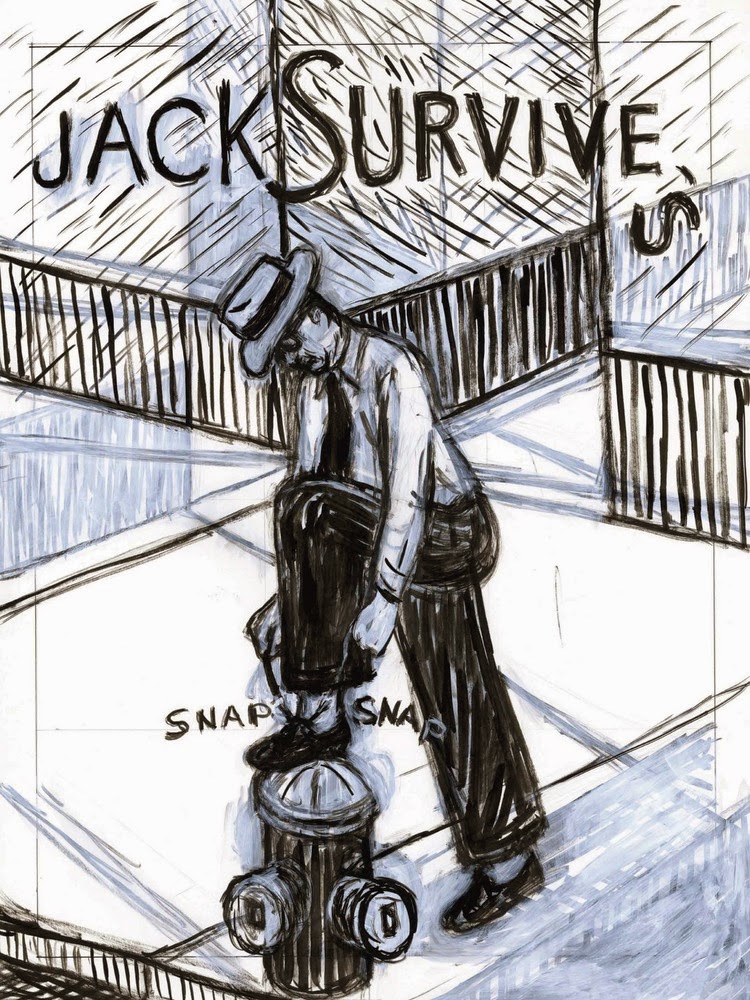 The cover is the first page of a three page gag. Not even a gag, since the first panel is the only one that could be considered humorous. More a string of disconnected moments that, when placed in sequence, create the veneer of a three act structure. A Beginning. A middle. An end. A man breaks his shoelaces, he sees a shoe store is having a sale, the salesman says he found a perfect fit.

Moriarty's dialogue is near abstraction. Poetic in its limitedness. “On Sale Cheap” Jack says outside of the shoe store. “Perfect Fit” the shoe salesman, with a Fletcher Hanks squareness to his jaw, says after sliding a pair of orange colored sneakers onto Jack’s feet. They are sitting in front of a wall made out of shoes. The two holes denoting the two pairs of shoes laying on the ground. One is not a “perfect fit”.

Each interaction in Jack Survives sounds like a series of half remembered talks. Distillations of conversations. What did the salesman say about the shoes? “Perfect Fit”. Even though no one talks like that, it is easy to understand how you could condense all the words said during a sales transaction into just those two. 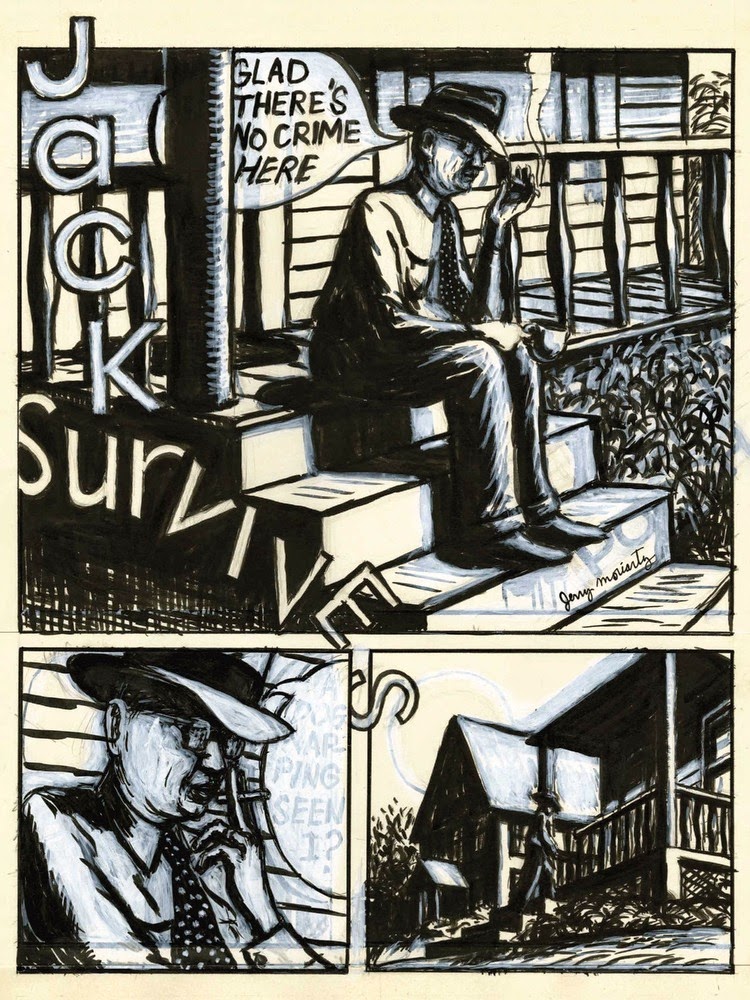 This collection is a proto-artist edition of sorts. While not reproducing each painting at full size, Richard McGuire in the preface points out that they tend to be drawn on 4 x 5 foot canvases (which even the fetishistic printing practices on display in the later half of the twenty-oughts would have scoffed at). Instead we get an oversized collection which reproduces Moriarty's paintings and ball pen drawings in their original color. You see all the indecisions on the page, as images are bathed in white out (or white paint) to cover thoughts he decided to change. There's a dialog balloon in a strip thats completely whited out, but you can still see the outline of the dialogue though it, the black paint is too strong to be fully covered. The balloon reads “The Dog Yapping Seen I”. It doesn’t mean anything. The strip itself doesn’t mean much either, it is just Jack sitting on his front porch and saying he lives in a crime free area. Then the whited out balloon appears on the 2nd panel, and in the third he returns to his home. The meaning of the painting is fighting with itself, between a man contemplating the “goodness” of his neighborhood and the yapping of a dog. Maybe the two thoughts just overlap, because those were the two thoughts he always had while on his porch. Complaints and compliments. 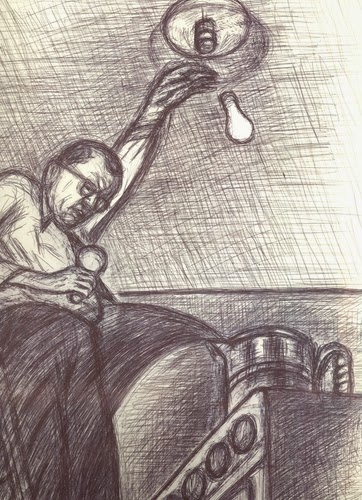 There’s a nostalgia inherent in Jack Survives, but it never reads as precious (like some of Seth’s work), intead it seem to trying to replicate something that is lost in memories. A time. A person. A place.

The introduction to Jack Survives is by Chris Ware. You start to see the idea of memory and dream churning in his mind as the essay goes on. He would have been in the process of drawing Building Stories around this time. I think. He relates a letter he got from Jerry Moriarty after asking about one of his paintings:

“Thank you for asking for my Dad Watches picture. It’s my dad and not Jack...confusing? Jack was my dad’s name. I started Jack when I turned 40, about your age, and it dawned on me that my father was 40 when I first remembered him. So Jack is me as my father. I’ve never been successful trying to paint Jack and have never tried to do my dad in a strip. In the painting Dad Watches we are un-fused, separate entities. In Jack Survives we are one. Which doesn't mean you couldn’t consider him as the survivor of Jack Survives because that is where he went. My father died when he was 52 and once I passed that age I couldn’t deal with him as an invention but I could as pure memory. The painting is the source of my life and my art.”

On the final pages of Jack Survives we see that the shoe gag from the beginning of the comic didn’t end there. Jack is walking to a bus when he sees a teenage girl wearing the same shoes he had just bought. When you flip the back cover and close the book you see his recently purchased shoes hanging on a power cable above the street. They weren’t a perfect fit I guess. 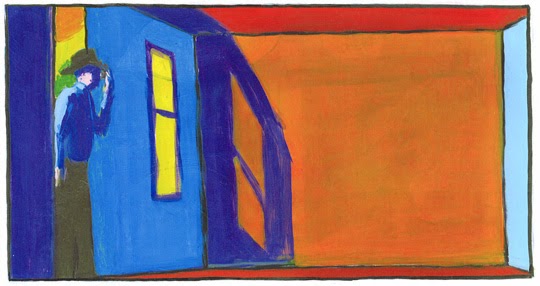 Jack Survives is out of print, but you can purchases used editions fairly cheaply here.