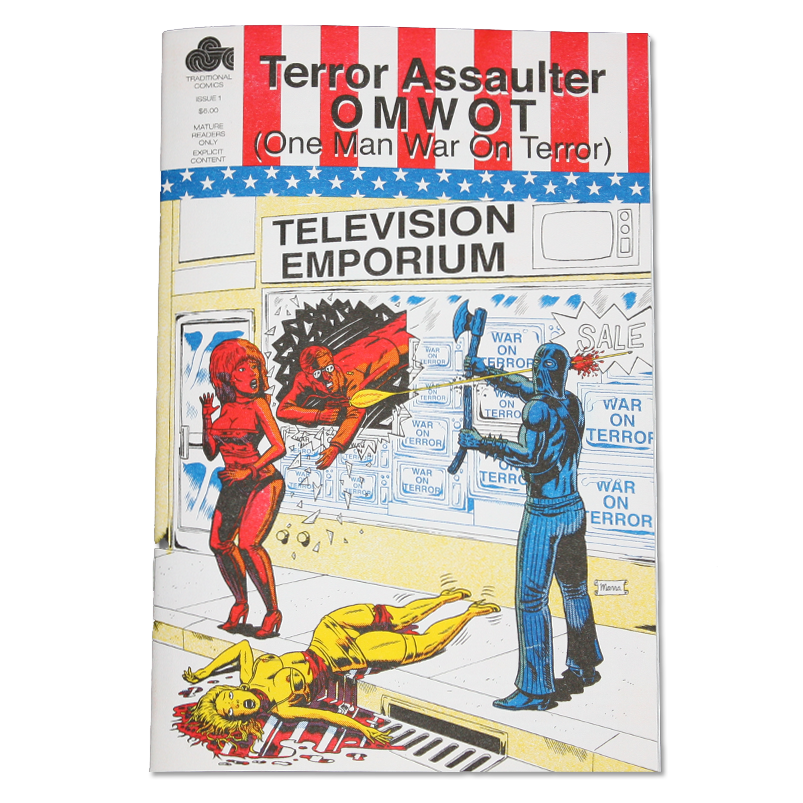 Comic after comic Benjamin Marra’s inkwork has becomes more and more restrained. He has continually been refining his line so that the inking in Night Business #1 barely looks like something produced by his hand anymore. While Marra’s work has always had an intentional stiffness to it, his inking has been there to counteract the effect a bit. When he outlines a character’s arms, face, or body they resemble that of an action figure, but Marra’s wavy and pulsating inkwork within the figure, detailing their muscles and veins, creates enough internal motion in each figure to make you believe in their existence. In the external world of a Marra comic everything is on a razors edge, but internally, through his inks, he is able to create a living organism. 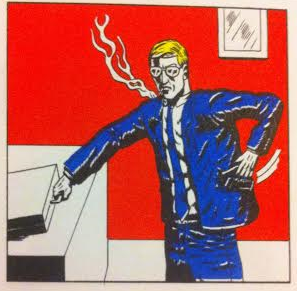 With the introduction of color to Marra’s work though the flowy nature of his inking is no longer enough to counteract his stiffness. They no longer provide dimension and depth to his figures, but rather produces, and amplify, the sheen of plastic within them.


Color in mainstream comics over the past decade has taken on the role of being a second form of inking, providing definition and delineating objects from one another. Marra though rebutes the over emphasis on gradients and light sources by only using single shades of primary colors to color his work. A throwback to comics made before the 1980’s, but also a throwback to toys. By only using these single shades Marra’s inks become the only contrasting colors within each figure, transforming their previous roles as textures into accents to these colors.


This is most explicit in Marra’s choice to color Terror Assaulter's suit a deep and dark shade of blue. This shade of blue so closely matches his black inks that when he shades a series of ruffles onto Terror Assaulter's suite, showing his post-battle dishoveldness, they do not convey the thought of a dirty suit to the reader, but rather the shadows produced by a child's hand as it reaches to grab a figurine and temporarily blocks the streams of light emitting from a lamp overhead. 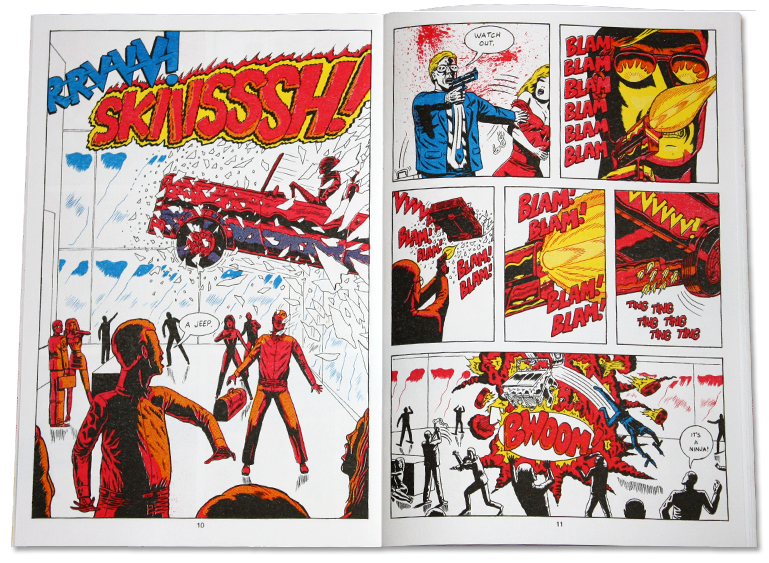 Marra’s dialogue, which was sparse already, has been cut down to a point where what little is left seems unnecessary. Each word spoken is as stiff as his linework. But while this is something that evokes the poor acting and writing of B-movies, which Marra is clearly infatuated with, it also draws to mind the only other comic artist out there who could be said to be more single mindedly focused on action as Marra, Yuichi Yokoyama. If you read a Yokoyama comic your first thought is that the translation is horrible. There is no humanity in his dialogue. But that is exactly what Yokoyama is attempting, he sucks the life out of every word until it exists as just pure description. His words are chosen so that they can thrive through the stripping process of google translate, not falter to it.


The dialogue in Terror Assaulter likewise has the feeling of a poor translation, but unlike Yokoyama Marra still has the emotional baggage of narrative to contend with. His words are forced to have the inclining of humanity in them, and while much of the dialogue in Terror Assaulter are simply descriptions, they are descriptions of actions and events rather than inanimate objects. The words spoken are boiled down to cliches, but they are about, and involve, humans. All this leaves Terror Assaulter with the feeling of a bad dub, but with enough life in each word to allow you not to walk away with a headache, but with a smile at the sheer lunacy of what you just witnessed.


You can purchase Terror Assaulter #1 at Colour Code.