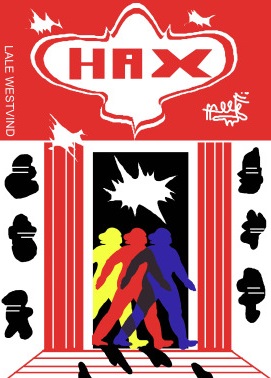 
I burnt my copy of HAX. Not completely, but after reading it for the fifth or sixth time since CAB i placed it on my nightstand next to a candle which promptly charred a bit of the upper right corner. Even looking at it a few weeks later, burn mark and all, i can’t help but laugh at the overt symbolism of burning a copy of HAX. 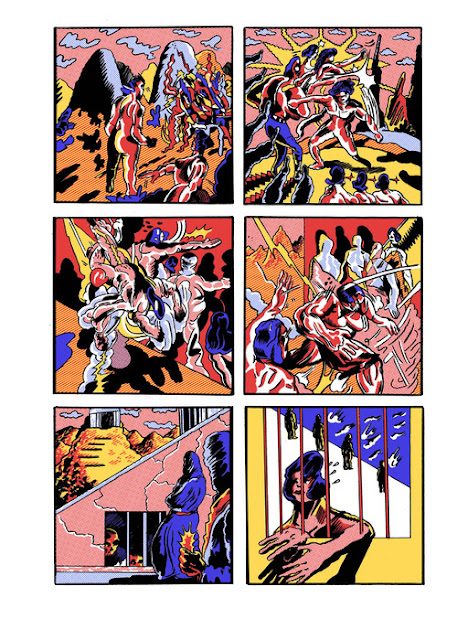 HAX, a 24 page silent comic, follows a group of females moving against an opposing force. The narrative is still a bit jumbled to me, the panels form sequences at times, and at others exist as stand alone images. It reminds me a bit of reading bronze age Jack Kirby comics simply as images. The individual panels are strong enough to convey what is going on in them, but when sequenced they go from narrative delivery devices to abstractions of the shifting power dynamics between images. From right to left, and up to down, an equilibrium is formed, for every spark and surge in one panel the same is found in the next. The eye is drawn from one panel to the next, various laws of thermodynamics are upkept, but that doesn't always mean you know whats going on, or should.

This energy is most evident in the weight Westvind gives her figures, even when they don’t seem to be doing anything the power of her line still shines through. So that when you see her characters move through space, panel to panel, you can almost hear their feet stomping down on the ground as lightning bolts of excess energy fill the air around them. For a comic that lacks sound effects, you can still hear every panel. 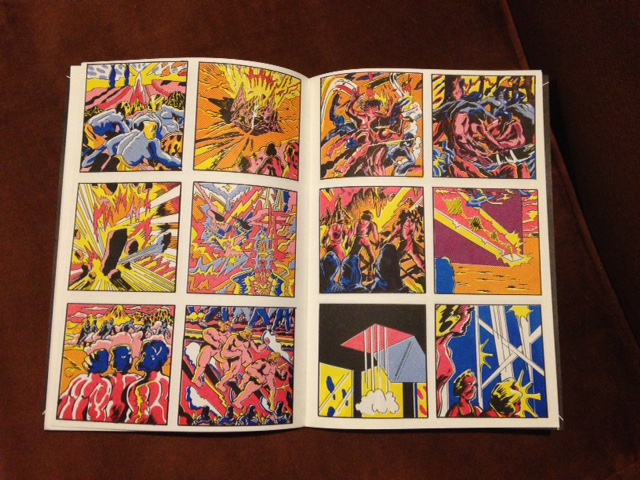 With all the mark making going on in each panel the addition of color could easily overwhelm the whole comic, turning figures and shapes into blobs of nothingness, but, and what initially brought me to think about this comic in line with Kirby and the Bronze-Age, Westvind scales her color scheme back to just four (red/orange/blue/yellow). Of these four red and blue, the strongest contrasting colors, are given the job of being the primary colors for each character. This allows for the delineation of foreground and background figures by giving them to a consistent color scheme, the red group and the blue group can always be seen in relation to each other in space by the colors they are comprised of. Orange and Yellow, the two remaining colors, are then left the job of showing depth between objects and terrains, which, due to the similarities between them, allows for a great number of objects to be placed near each other in the panel, but still be read as far away by shifting between the two colors in quick succession.

While these color rules are subtle, and change at times, their continued use trains the eye to view each two dimensional image as three dimensional. Even while restricting itself to such a limited palette Hax bursts with color, but by leaving them few and flat, every packed image remains readable.
Posted by Shawn Starr at 3:28 PM