The Heat Of The Light On My Face 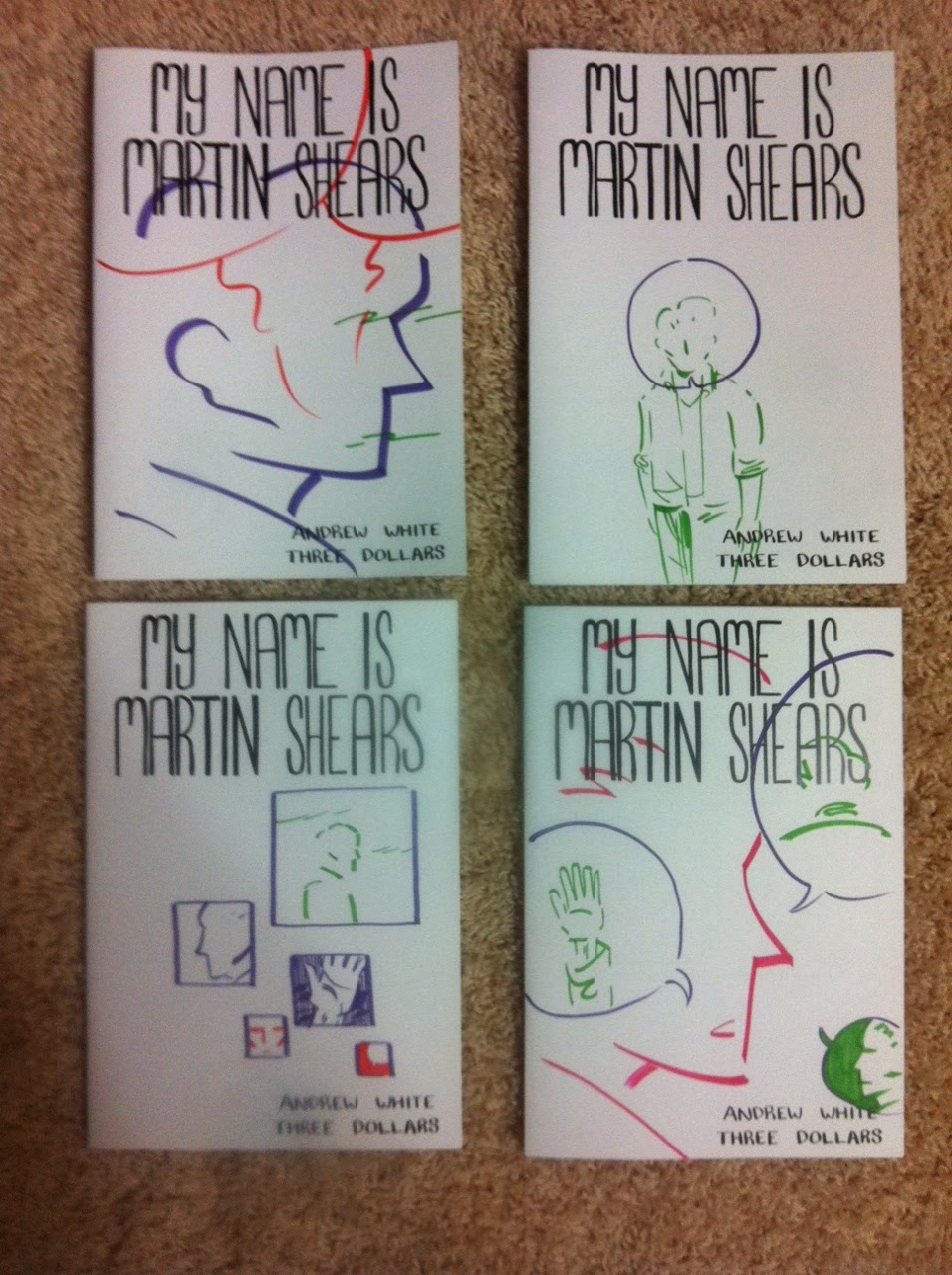 Martin Shears identity is always in doubt. His thoughts and image are in flux. From the very outset the cover, which bears Martin Shears portrait, is not even a constant. As every copy has a different image adorning it, each hand drawn by White in varying colors and styles. Making it so that every buyer is given there own, unique, image to identify with as Martin Shears. But one which is never be repeated. Never replicated. 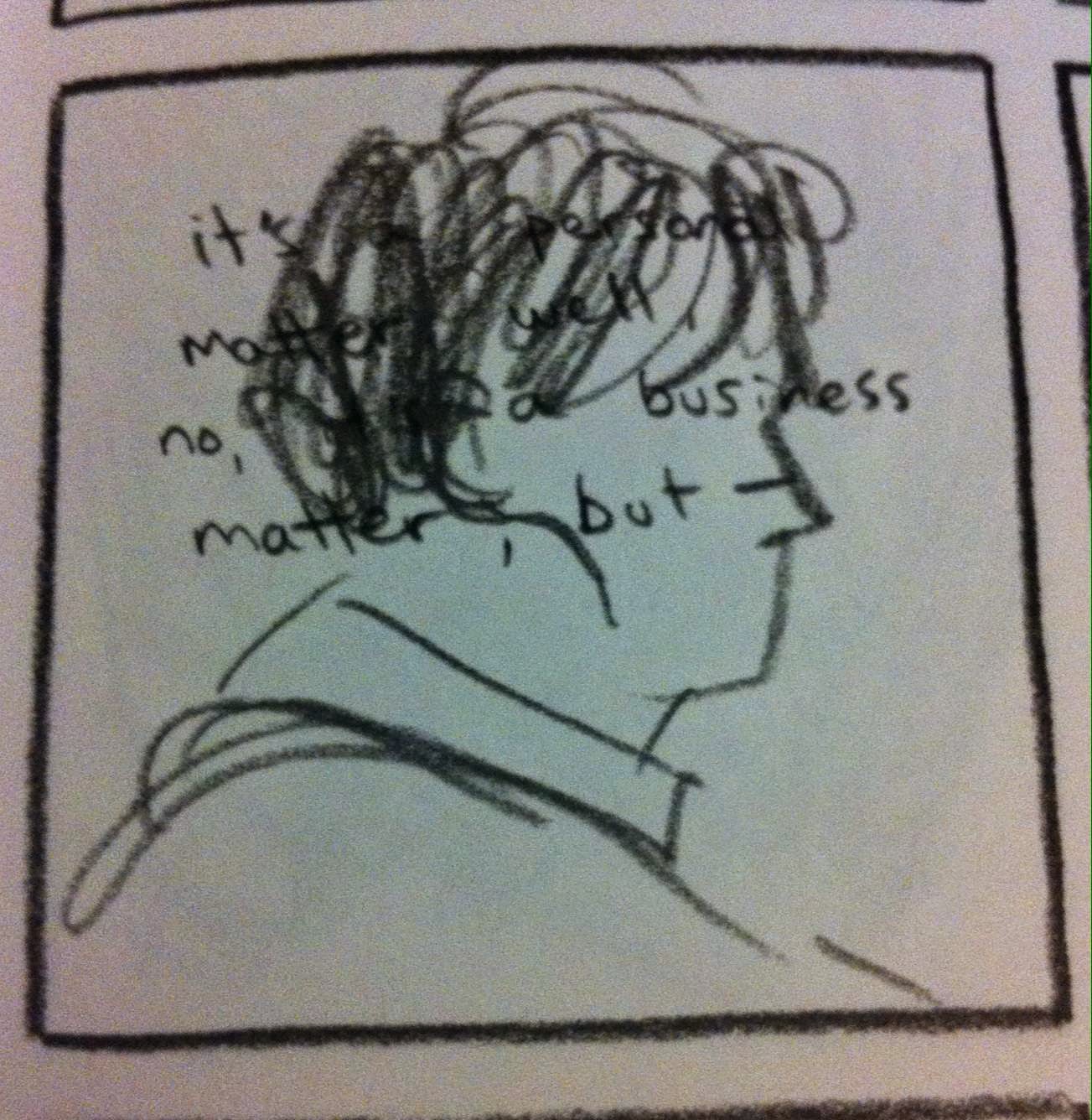 From his presence on the cover forward Shears identity is never cemented for the reader. He has no defining traits, his hair, nose, and clothes all conspire panel by panel to make it impossible to nail him down. His thoughts are purposefully muddled and obscured by Whites choice to place them within his messy linework, overlaying them on top of Shears head and making them almost unreadable as they blend together into one single mass. White forces you to strain yourself to read Shears thoughts, and even then your efforts are largely unrewarded, as there is little information to glean from them.


White takes this purposeful confusion even further than merely knowing what Martin Shears is supposed to look like and think though. Shears own narrative isn't even allowed to stay consistent for each reader; as there exists four different versions of My Name Is Martin Shears each with added and subtracted pages and scenes that are placed in differing order, so that not even the pages sequencing rings true. Mixing the non-linear narrative into four distinct versions creates a near infinite number of iterations in practice though, creating, like each cover, a singular Martin Shear for each reader.  One that is unlikely to be read by anyone they know. Like Chris Ware’s Building Stories the narrative you are given is the one that you pick out of the stack. This randomness simply becomes another form of subterfuge in trying to identify the man named Martin Shear. There is no “true” Martin Shear though, but simply the one you are holding in your hand


This all culminates in the stories final page, not the final page of the comic, but the back cover which all but cements this fog. Depicting a piece of white paper sitting on top of a desk with the words Martin Shear scrawled across it. The name is repeated sixteen times, but following the third line the name begins to mutate. Letters morph or are dropped at random and the name being written becomes as cloudy as the narrative, until it ultimately turns into something with no bearing to the one which adorned the top of the page.


My Name Is Martin Shears is narrative game of Telephone, with every reader receiving their own prompt and answer. 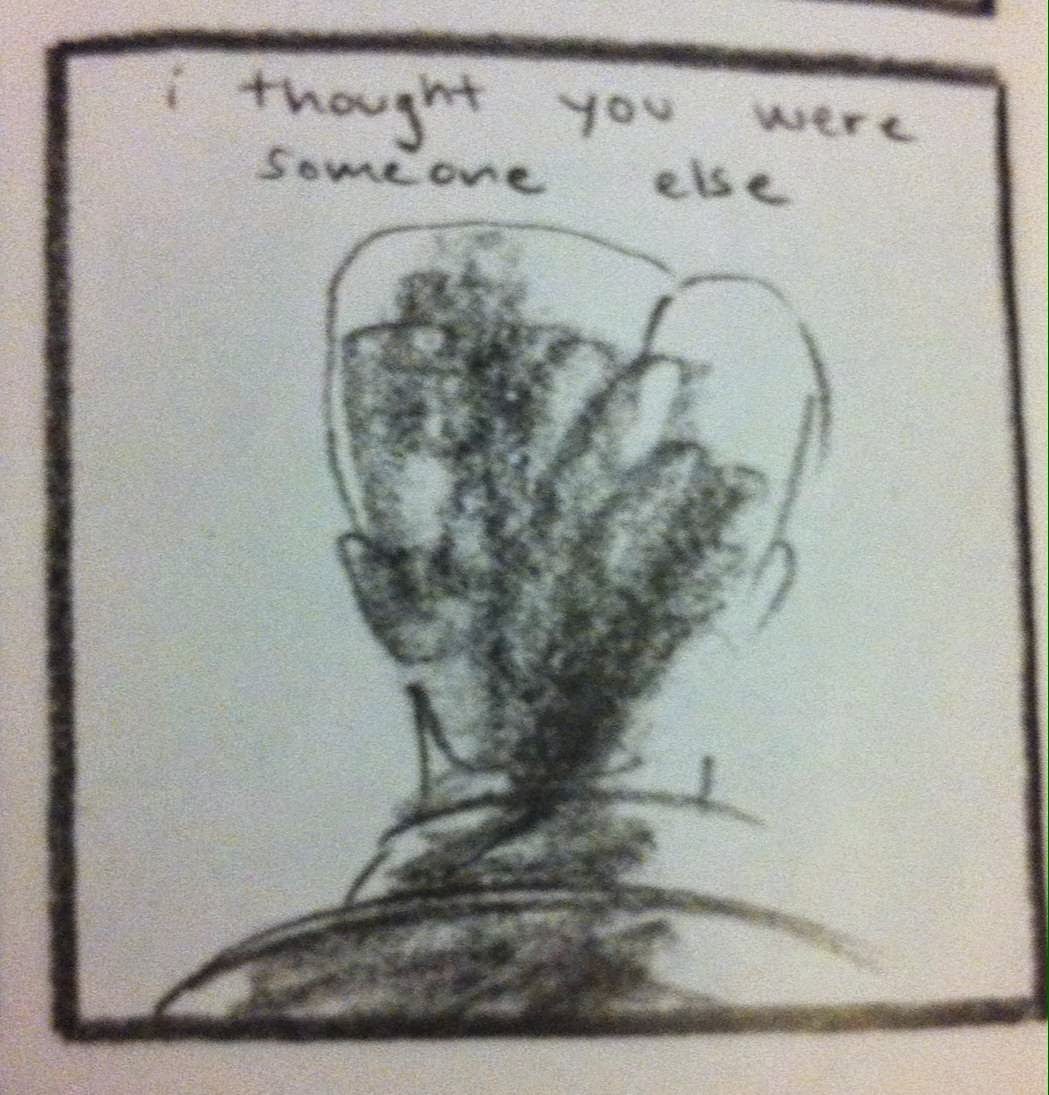