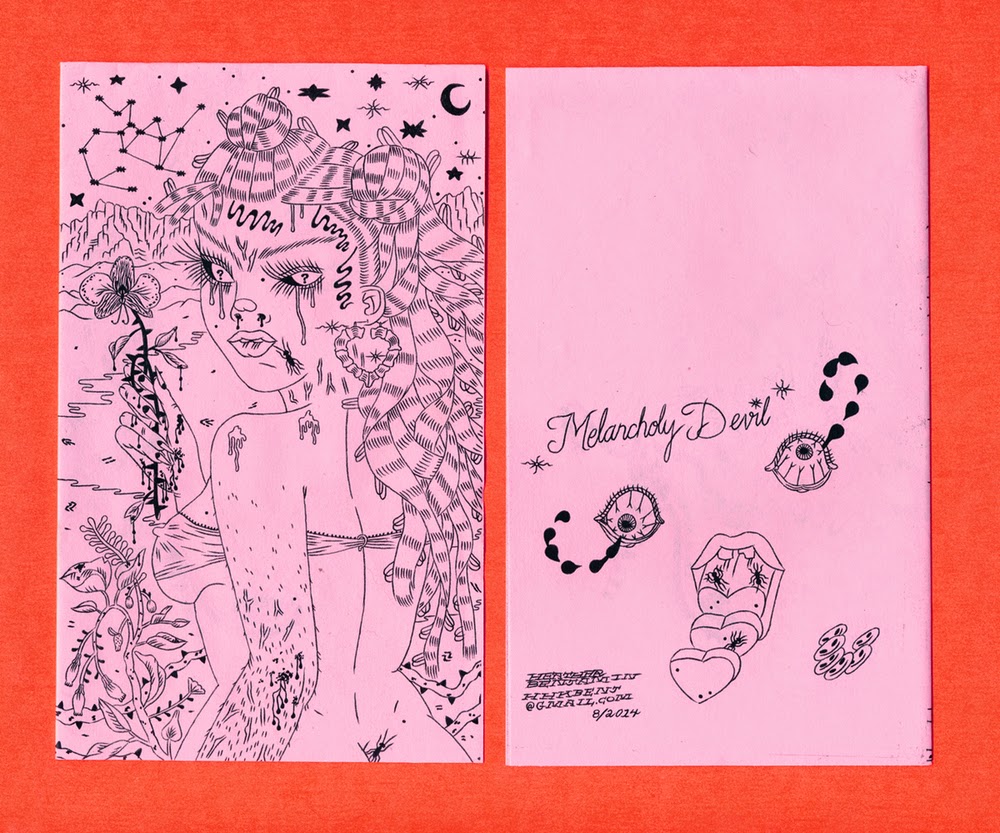 
Four folds of a single sheet of pink paper. This is what makes up Heather Benjamins new comic Melancholy Devil. A front and back cover, each existing in the space of a fourth of a page. When folded outwards they show another image, this one inhabits the remaining space of the top half of the page that the front and back cover take up. Unfolded once more, for the last time, and a single image, which  takes up the entirety of the back page, is shown. Five images in total.


Folding has a tactility to it which individual page turns cannot replicate. From the cover to final image Benjamin ups the ante, each fold revealing more, reflecting on the previous, while still extending the basic thought. You are pulling the piece of art apart, actively participating in its disassembly. This is more personal than flipping a page, a gust of wind could do that, pulling something apart though requires a deliberate act. It requires active participation. 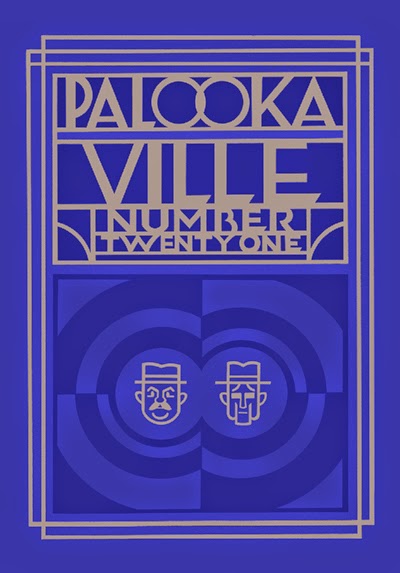 
The real takeaway from this issue is Seth’s Stamp Comics. In essence, what Seth did was create a series of 10-20 stamps with generic drawings on them, one of the sun, one of a series of buildings, a close up of his face, a shot of a him walking etc. He then used these to create a series of autobio comics about his days inserting generic stamps to quicken the process along with drawing a few images by hand when he didn’t have a stamp to represent an image. 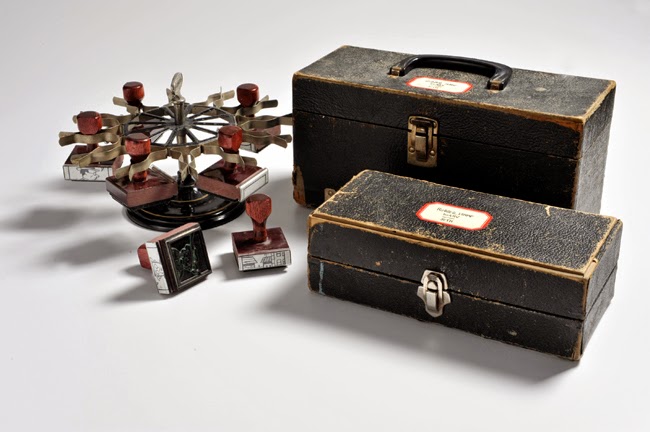 What these distinct patterns bring to the surface is the inherent repetition of each day. Auto-bio strips deal with the unextraordinary on a daily basis much more than they do the extraordinary, for every Joe Sacco there is a hundred Jeffrey Browns. In the pre-existing images of each stamp there is inherently a finite number of combinations, and while that number is very high, they largely fall into a similar patterns. Seth goes outside, walks around, comments on the beauty of nature and then goes back home after something intrudes on his thoughts.He goes out for various reasons, but at all times it is a fleeting moment until he retreats back into his home, where he is safe in his thoughts and art.


You can purchase Palookaville at the Drawn & Quarterly site here.
Posted by Shawn Starr at 12:35 PM